MoscowMania
We're a group of historians who create historical walks in Moscow. We offer best quality and use a new approach of explanation. Our mission is to share the history, culture, spirit of Moscow with everyone who has a profound interest in history and culture.We enjoy what we do!

On the 26th, January we continued with our historical lectures.
Now it's time to talk about Russian society transformation.
And the best topic we could choose for the lecture was about it. 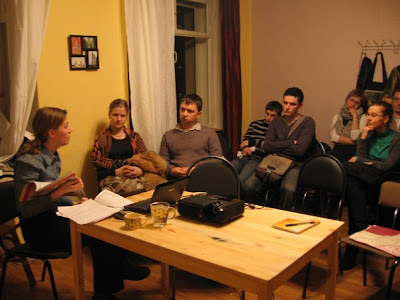 The next lecture will be on 31st, January at 7 PM. Talk-club.ru﻿
Posted by MoscowMania at 1:29 PM No comments:

Today Russian Orthodox believers celebrate Christmas.
But why January?
It’s an interesting historical fact.
Until1582 people used the Julian calendar in Europe.
The Gregorian calendar was soon adopted by most Catholic countries (e.g. Spain, Portugal, Poland, most of Italy) and then by the Protestant ones.
In Russia the Gregorian calendar was accepted after the October Revolution in 1918.
On 24 January 1918 the Council of People's Commissars issued a Decree that Wednesday, 31 January 1918 was to be followed by Thursday, 14 February 1918, thus dropping 13 days from the calendar. 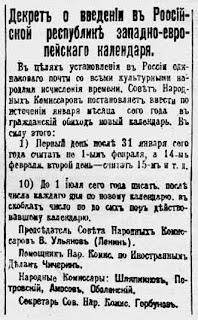 
Ok, but what’s up with Christmas?
Our Russian Orthodox Church didn’t change its Julian calendar and didn't drop those 13 days!
It means that today they have the 25th, December.
The thing is that the clergy and the secular calendar differs.
Look at their web-site patriarchia.ru and find their calendar there.
Posted by MoscowMania at 4:30 PM No comments: